Why is PrintNightmare so Dangerous?
PrintNightmare isn't the Worst
Printers have Always Been a Soft Target
Be Free of Security Threats

Microsoft notified its users of the Windows Print Spooler vulnerability back in June 2021. Since then, concerns of major security breaches have been plaguing system administrators. The zero-day vulnerability reportedly gives remote access to attackers to execute codes that could grant them system-level privileges.

Attackers could get system privileges. This included installing new software, creating new accounts with admin access, modifying/stealing system data, and much more. It was terrifying.

Microsoft quickly released a Patch Tuesday fix, but it did not securely resolve the PrintNightmare threat. Those patches were only effective under stipulated conditions. Until the patch issue is resolved, PrintNightmare continues to be a major headache for IT security leads.

But is there any easy print management solution to counter the threat? Let’s find out.

Why Is PrintNightmare Such a Dangerous Security Risk?

It’s widely acknowledged that zero-day flaws in the Windows Print Spooler service have been around for years. But the PrintNightmare vulnerability came to light after security researchers published a Proof of Concept (PoC) exploit on Github.

Right now, PrintNightmare is still an unpatched threat. Attackers can easily exploit the PoC published by researchers who thought it had already been fixed. This presents a potent combination that’s been causing sleepless nights for system administrators.

The June Patch update did not completely fix the PrintNightmare vulnerability. The only way to ensure safety is to either disable the Print Spooler service or disable ‘client connections.’

Neither option is very helpful — both restrict users’ ability to print. Microsoft released an update that changes the Point and Print default to prevent users without admin access to update printers. Despite everything, the code execution vulnerability exists as of this article, too.

The only hope lies in the fact that an attacker must be an authenticated user to execute these codes remotely.

But PrintNightmare Isn’t The Worst

There’s no doubt that PrintNightmare is a critical security vulnerability since it performs privileged file operations.

However, PrintNightmare isn’t the worst security threat Microsoft Windows faces. For attackers to access servers, they must be an authorized user. It could be a lot worse—like what happened with zero-day vulnerabilities in Microsoft Exchange. A barrage of servers (think thousands) were attacked in that crisis.

Printers Have Always Been a Soft Target for Hackers

Printers are a prime target for hackers. Way before PrintNightmare haunted IT leads, attackers used printer-cum-fax machines to invade home computers in 2018. Not just that—the Stuxnet virus exploited the Windows Print Spooler security vulnerability about a decade ago.

Unfortunately, networked printers continue to be the most vulnerable to security threats. Printers are generally overlooked when it comes to cybersecurity. No wonder, these have emerged to be a hacker’s dream conduit.

The problem is, everyone has to think twice before printing.

Printing Can Be Free of Security Threats

Despite everything we’ve discussed, print jobs don’t need to be such a headache.

If you’re a system administrator, wouldn’t you love to alleviate all Windows Print Spooler concerns? Many organizations are turning to cloud computing to counter cybersecurity threats.

Why wait for Microsoft to issue a patch? Turn to cloud printing platforms that let you print without thinking twice.

Everyone Print’s Hybrid Cloud Platform  (HCP) is a game-changer. It allows you to streamline your print infrastructure, eliminate print servers, and secure your printers. No more worrying about Microsoft’s security updates!

No added headache about zero-day threats anymore. You and your IT team get more time on your hands to address bigger concerns. You don’t have to bother with print servers and the security threats they face.

Think efficiency gains and ease of use, and you’ve got yourself the EveryonePrint HCP. Perhaps the best part of it is that you can use it free of cost!

You can rest assured because EveryonePrint puts security first. HCP’s security features everything from basics like full end-to-end encryption right through to zero trust networks are assured. 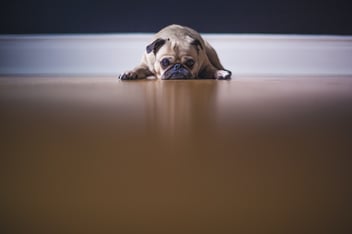 Easy Print Management for IT The Future of Print Security: 7 Cyber Security Trends for 2022

How To Keep Company Data Protected with Secure Pull Printing